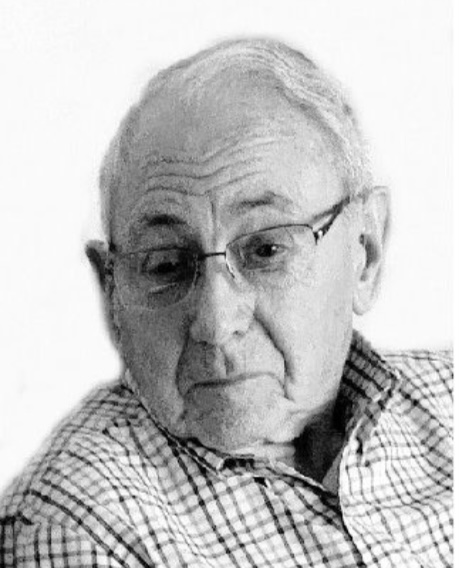 Russell was born on a farm, 3 miles north of Riceville, Iowa, on August 23, 1926. He graduated from Riceville High School in 1943 at age 16 and entered the Navy in 1944, serving in the Philippine theater during World War II. His was discharged in July, 1946, with the final rank of Yeoman Third Class.

He met his future wife, Phyllis Newell (1927-2020), the first night home from the navy in 1946 at a community dance, and they were married in 1948 in Mason City, Iowa. Russell and Phyllis enjoyed 72 years of marriage together.


Russell entered Hamilton Business College, graduating in 1948 with an Executive Accounting Degree. The Graff family moved to Des Moines in 1955 where Russell worked at Standard Oil and Phyllis raised two daughters, Nancy (born 1950) and Debrah (1953-2012). The Graffs moved to Prairie Village in 1962 where their daughters attended Shawnee Mission East High School and later settled in Overland Park. They were members of the Lutheran Church of the Resurrection in Prairie Village.


Russ and Phyllis loved to travel back to their native Iowa as well as take in a show in Branson, Missouri. They loved to spend time with their family and often took their grandchildren with them on their adventures. Russ was an avid (albeit critical) fan of the Kansas City Royals, Chiefs and KU Basketball. He never thought he’d see two Royals World Series and two Chief Super Bowl victories in his lifetime.


Russell will be missed by friends and family alike. He is survived by his daughter Nancy Kruse (Ken) , two grandchildren Michael (Pamela) and Brian and two great-grandchildren, Alberta and Jasper. He is preceded in death by his sweetheart, Phyllis, their daughter, Debrah Utterback (Don) and his sister Roberta.


Russell will be missed for his energy and his sense of humor. A Memorial Service for Russell will be held at 2 p.m. on Wednesday, November 24 at Lutheran Church of Resurrection, 9100 Mission Road, Prairie Village, KS 66206. Suggested memorials to the church or Ascend Hospice .

To order memorial trees or send flowers to the family in memory of Russell Graff, please visit our flower store.

Lutheran Church of the Resurrection