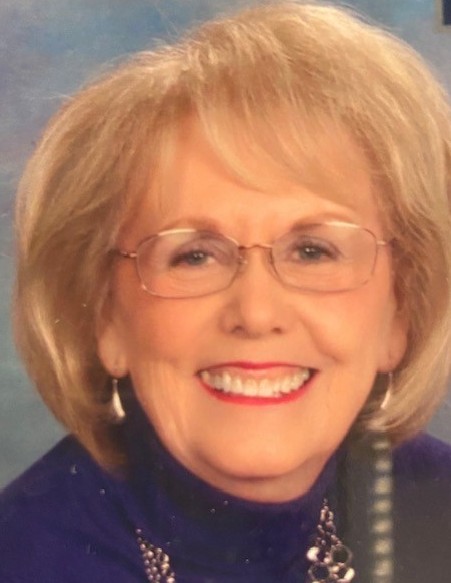 Ruth E. Harris passed away peacefully on January 4, 2022, age 83, at home in Overland Park Kansas.  She was born in Downs, KS the youngest of 6 children on November 30, 1938.  She graduated Downs High School in 1956, worked at the local soda shop after graduation until moving to Topeka KS in the early 1960’s where she was a dental assistant.  She met the love of her life, Bob in 1966 and they married in 1968.  They moved to Overland Park KS later that year where they spent their life together and raised their two children.  Ruth was a very happy and positive person who loved to be surrounded by her friends and family and was always smiling.  She was a stay-at-home mother who spent her life making sure her children had what they needed and one of her favorite things was Thursday nights with her husband playing tennis and going to dinner. She was a KU Jayhawk fan and KC Chiefs fan.

She is preceded in death by her parents, Clifford and Ethel Headley, sister June Lindblom and brothers Howard Headley and Glenn Headley.  She is survived by her husband of 53 years Bob, daughter Heather Silver (Brad) of Overland Park KS and son Sean Harris (Jen) of Flower Mound TX and grandchildren: Peyton Harris, Noah Silver and Benjamin Silver.  She also leaves behind two siblings, sister Juanita Wilcox of Chicago, IL and brother Marvin Headley of Blue Springs, MO and 16 nieces and nephews.  She will be greatly missed.

A celebration of Ruth’s life will be announced and held at a later date this Spring in Overland Park KS.

To order memorial trees or send flowers to the family in memory of Ruth Harris, please visit our flower store.