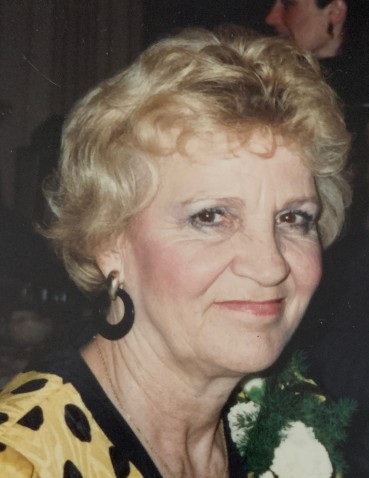 Sally was born November 29, 1930, in Republic, Missouri, the middle child of Pauline and Omar French. She attended the Mount in Atchison, Kansas, and met her husband, Eugene Smith, after graduation. They were united in marriage in 1952 and lived in Kansas City, MO, until 1962 when Gene was transferred to Midland, Michigan. In 1968, the family moved back to Overland Park, Kansas, where Sally remained until her death. She was a homemaker, a mother to her three children and very involved with her church. She started a youth bible study and opened her home to kids of all ages for a period of 7 years. It was one of her greatest blessings. She loved them and everyone loved her. Sally lost her beloved husband, Gene, in 1977. She later met Arch Martin and they were married for 25 years.

Sally is survived by her three children, Christopher Smith (Toni) of Platte City, MO, Tim Smith of Lenexa, KS and Tracee Smith Bell of Lenexa, KS, her eight grandchildren, Jennifer, Matthew, Aaron, Corey, Tucker, Sydney, Corbin and Garrett, and two great-grandsons, Kalvin and Isaiah. She was preceded in death by her parents, her husband, Gene and her husband, Arch and her two brothers, Larry and Jack.

Private family services are pending with inurnment at Resurrection Cemetery.

To order memorial trees or send flowers to the family in memory of Sally Martin, please visit our flower store.