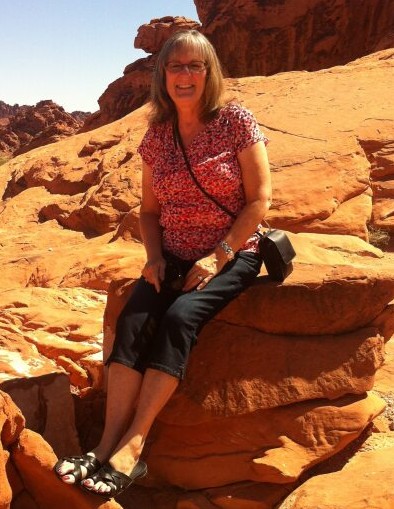 Sheri Lynn Lowers was born on August 16th 1954, to Mary Ann Stamper ( née
Orendorff) and James W. Stamper, and passed away aged 66, on January 10th, 2021. Sheri
was born in Kansas City, Mo and was raised in Gladstone with her sister Chrystee.
Graduating from Oak Park High in 1972, she went on to attend the University of
Missouri, Columbia, graduating with a Bachelor of Fine Arts in 1976. Sheri had a long career
spanning many fields, starting as a graphic artist out of college, and going on to be Vice
President of Marketing at National Seminars. Later in her career she owned a Computer Tots
franchise, traveling the Kansas City metro teaching children computer skills. In 2002 Sheri sold
her franchise and obtained her real estate license, joining a ReeceNichols office in Overland
Park, KS selling hundreds of homes until her retirement in August of 2020. Sheri also served on
the board of Windham Hill Homes Association for several years assuming the position of Board
President from 2018 until her passing in January 2021.
Sheri married Robert Lowers on August 13th, 1988, gaining two step-daughters, Lauri
Montoya and Sandy Essex. On January 11th, 1989 Sheri gave birth to her son Ryan. Sheri had
many friends and loved ones.
Sheri was kind, generous, loyal, determined, and ready to help anyone at the drop of a
hat. She had a great love for art, literature, animals and jigsaw puzzles. She and Chrystee also
had a standing Scrabble competition for decades.
Sheri is survived by her husband, Robert. Her son, Ryan. Her step-daughters, Lauri and
Sandy. Her grandchildren Joshua, Ian, and Madison, and one great-grandson, Tatum. Her
sister, Chrystee Carpenter, brother in law John Graham, and nephew, Matthew Carpenter. Her
step-siblings, Greg Smith, Linda Sweeney, Miriam Nocks, and their families.

A private family service will be held on Friday January 15, 2021.   To live stream the service at 2:00pm please go to the link listed after the service information below.

To order memorial trees or send flowers to the family in memory of Sheri Lowers, please visit our flower store.