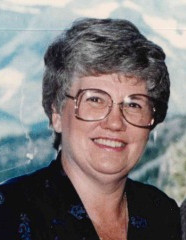 Shirley was born AUGUST 6th, 1934, in Kansas City, Missouri and became the adopted daughter of her loving parents, Ray and Ella Mae Smith. She grew up in Emporia, Ks. She graduated from Emporia High School in 1952 and attended Emporia State University for two years. She was a member of the Alpha Sigma Alpha Sorority while in school.

She worked in the market research industry her entire working life beginning after her kids became school age. She worked her way up to District Manager of the Overland Park Offices of Quality Control Services, a division of Maritz Motivation of St. Louis, MO. She retired in 1996.

She was an avid reader and enjoyed quilt making. Both her and her husband loved to travel, making several trips to Europe, especially to Switzerland, where they enjoyed the snow-covered Alps. They were long time Kansas City Chiefs season ticket holders and enjoyed tail gaiting with friends over the years.

She is preceded in death by her parents.

It was Shirley’s wishes that no formal service is to be held. She will be cremated with a private inurnment at a later date.

The family suggests in leu of flowers that memorial contributions be made to: Unleashed Pet Rescue out of Mission, KS, Always & Forever Rescue out of Spring Hill, KS or a pet rescue of your choice.

To order memorial trees or send flowers to the family in memory of Shirley Musgrave, please visit our flower store.