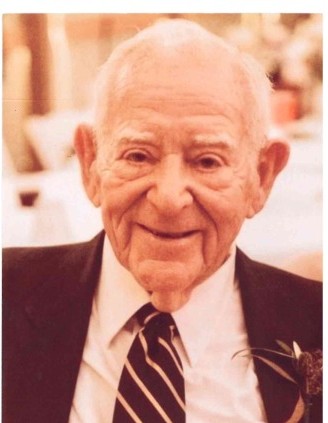 Solon Allen Hunt, 93, passed away peacefully at home on Saturday, October 24, 2020. Solon was born on May 27, 1927 in Belle Plaine, Kansas. He spent the first 18 years of his life in Belle Plaine. He enjoyed participating in sports and the Buckaroo Saddle Club during his childhood years, but he especially excelled in the music department. Solon sang and played the piano for his entire life. He was a lifelong member of the Methodist Church and currently was a member of Old Mission UMC.

Solon was drafted into the United States Army when he was 18 years old. After the war, he returned to Belle Plaine. He earned a BA degree in education from Wichita State University. After graduating, he married Carol Sue Carter. They started their married life in Belle Plaine, then moved to Boston, Chicago, Kansas City and Colorado Springs. Solon worked for Santa Fe and Equitable Life, and after he retired, he was the business manager for a medical practice in Kansas City. He also volunteered at St. Luke’s South Hospital for 20 years. In 2015 Solon took the Honor Flight to Washington DC to visit the World War II Memorial.

He was a wonderful husband, father, grandfather and friend. He made friends wherever he went and loved to tell “small world” stories. Family, friends and animals were very important to Solon. He liked to dance, sing, play the piano and garden. He enjoyed traveling. He and Sue took many interesting trips abroad and 11 annual trips touring “under-appreciated” sites in Kansas.

Solon was preceded in death by his parents, George and Hallie Hunt, and his brother, Warren Hunt.

In lieu of flowers, memorial contributions can be made to Old Mission Church, Great Plains SPCA, or a charity of your choice. A funeral service will be held on Saturday, November 14, 2020 at Johnson County Chapel in Overland Park at 10:00AM (CST). The service will be live streamed at johnsoncountychapel.com on Solon’s obituary page.  If you can attend in person, please call 913-451-1860 to make a reservation. CDC protocol will be followed.

To order memorial trees or send flowers to the family in memory of Solon Hunt, please visit our flower store.