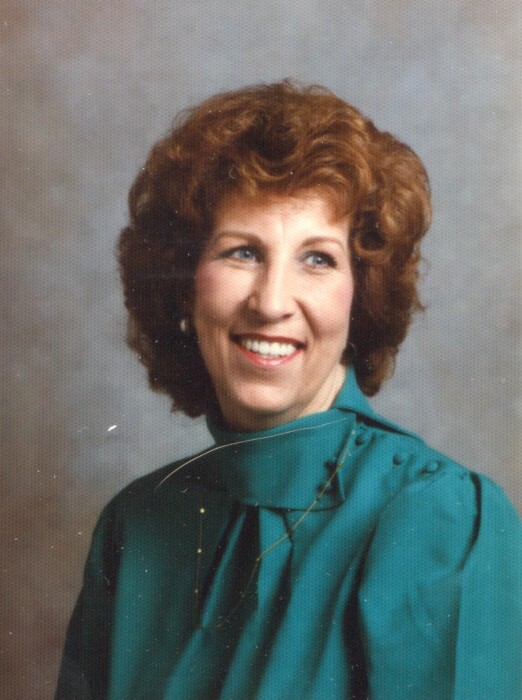 Sue had one of those larger-than-life personalities. Outgoing, friendly, she always was ready with a joke or amusing story. She made an impression on everyone she met.

Sue was born June 13, 1936 in Fort Wayne, Indiana to Joseph Glenn Squibbs and Margaret Cecilia Masterson Squibbs. The middle child of three, she was raised in the Chicago area and attended Fenger High School.

She married Elmer (Al) Gehring in 1955 and welcomed her first child, Lorraine (Laurie), two years later. But 1957 was a heartbreaking year for Sue, her brother Gerald (Jerry) and sister Margaret (Peggy). They lost their father in July and mother on Christmas Day. Sue then welcomed her 10-year-old sister into her home.

Her daughter Carol was born in 1959, and shortly after the family moved into their first house in Chicago Heights. Her son Mark followed in 1966.

In 1977 Sue and Mark moved to Overland Park, Kansas where her brother, sister and oldest daughter already lived. Carol joined them a few years later. She began working for Marley, later SPX Cooling Tower, and continued to work in their payroll department until she was 76 years old!

Sue enjoyed trips to Hawaii and Europe, and especially enjoyed visiting her brother and sister-in-law’s house at Lake Viking near Cameron, Missouri. She enjoyed attending Chiefs games and spending time with her family. In 1986 Sue celebrated her 50th birthday with a ride in a hot-air balloon.

Sue was an animal lover, and she adopted several dogs and one cat. She loved watching sports, especially football. And anyone who knew her knew she loved the CHIEFS! Her Kelce 87 jersey was worn every Friday.

Sue was preceded in death by her parents and brother Gerald Squibbs. She is survived by her sister Margaret Squibbs, children Lorraine Gehring, Carol Kaufold and Mark Gehring, her grandchildren Andrea McDaniel, Stephen Deaver, Lauren Sargent, Jessica Baker and Justin Gehring, and seven great-grandchildren. She will be sorely missed.

To order memorial trees or send flowers to the family in memory of Suzanne Gehring, please visit our flower store.