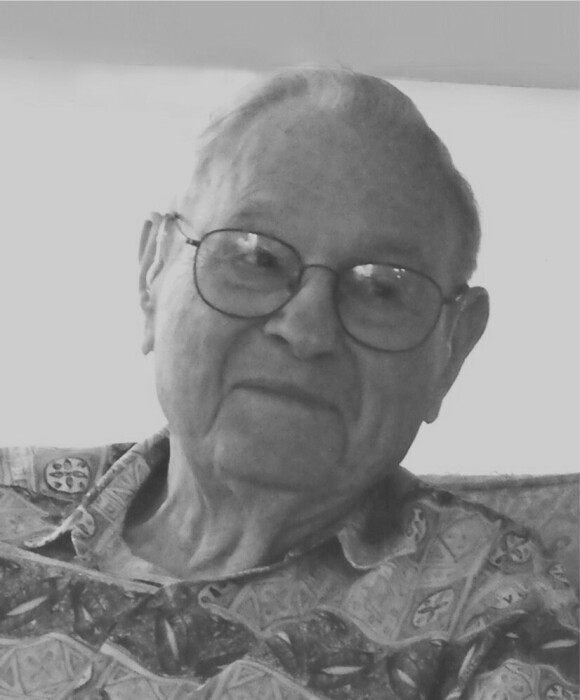 Everyone says they have the best dad. but I am here to say that my brother and sisters and I had THE WORLD’S BEST DAD!  Our father passed peacefully in his sleep on December 2, 2022, surrounded by the love of a grateful family.  He has gone home to be with his Savior, Jesus Christ, as well as to the many family and friends that have preceded him.

Theodore Albert William Geisert was born March 24, 1924, in Los Angeles, CA to Carl A. and Frieda (Umoskie) Geisert. Two years later he was joined by a brother, Jerry. When Ted was four years old, his mother died and his father moved them to Denver, CO to live with Grandpa and Grandma and various aunts and uncles under one roof. A few years later his father married Elsie Tipfor, and she became his loving mother.

Ted loved his childhood. He told me many times that he had a wonderful life.  He loved his time in The Boy Scouts where he camped and hiked. He showed a great interest in electronics that served him well in the Navy and at AT&T. In high school dad ran track and lettered. He was very proud of that accomplishment. He graduated from South Denver High School in 1941 and started work for AT&T that same year. He was drafted in 1943 during WWII, and joined the Navy where he served with pride as an electronics technician.  His final rank was Electronics Technician Mate 1st Class.

While in the service, he met Wanda Kersh at a serviceman’s canteen in Houston, TX. They married after the war and lived in Denver.  Ted went back to work for AT&T and worked for them until he retired in 1986.  AT&T moved him from Denver to Pocatello, ID in 1958, then to Overland Park KS in 1966.

Ted was preceded in death by his father and mother, brothers Jerry and Bob, sister Charlene, and his wife of 66 years, Wanda.

He also leaves behind his treasured joys that he took great pride in, 5 kids, 6 grandkids and 3 great-grand kids. He leaves his children Suzanne Stenile (Bobby) of Lawrence KS, Ted W. Geisert of St. George, KS, Patricia Scott (Larry) of Lenexa KS, Kathy Murphy (Bill) of KCMO, and Linda Geisert of Lincoln NE. His beautiful Grandchildren are LeeAnn Laskey of Lawrence KS, Michael Langner (Katie) of Seward, NE, Hope Langner of Lincoln NE, Stephanie Nicholson of Brooklyn NY, Michael Scott of Lenexa, KS, and Caleb Carlson of KCMO.  His wonderful great-grandchildren are Olivia Waters, Jack Langner and Sophia Pagan. To them he was known lovingly as “Crap-Pa”.

Ted was a Christian man, a patriot, a gentleman and the rock of his family. He loved live music, theater, dancing, making wine, deer hunting, and was an avid Ham Radio Operator. Dad was a lifelong Lutheran and called Bethany Lutheran Church of Overland Park his church home.

His outside accomplishments aside, his family was his greatest joy.  We all have wonderful memories of him.  He worked hard and provided a wonderful life for his wife and kids, but it is those private memories that we all cherish.  I remember a 4th of July at my brother's house where dad and his grandson, Caleb, lit firecrackers then ran like 5 year olds to get away. It was fun to see my Dad act like a kid. For Suzanne, it was his comforting arms as she cried because no one danced with her at her first dance.  For Teddy, it was dad taking him fishing and catching his first Trout. For Patty, it was the time he took her to the Father Daughter dinner for Girl Scouts. For Kathy it was seeing her dad in the audience at her various theater performances, where he would beam from the audience and proudly announce to everyone around him “That’s my daughter!”  For Linda, it was her playing piano while dad played along with either his harmonica or his mandolin.   I can still see him make “snakes” (the only thing he could make) out of Play-Doh with his various grandkids. Sometimes when we were little, dad would take us berry picking, and make delicious wine. There was one New Year’s Eve where dad got everyone up to have root beer floats and make some noise at midnight.  He was active at church and went over our Sunday school lessons on Sunday night.

Ted’s Memorial Service will be December 12th at Johnson County Funeral Chapel, 11200 Metcalf Avenue, Overland Park KS 66210, with visitation at 1 pm and the funeral at 2 pm.

We will miss our wonderful Dad, Grandpa, and Great “Crap-Pa.”  He told us all a million times, “I have the world’s best kids!”  To this we exclaimed, “That’s because we have the “World’s Best Dad”!

To order memorial trees or send flowers to the family in memory of Ted Geisert, please visit our flower store.