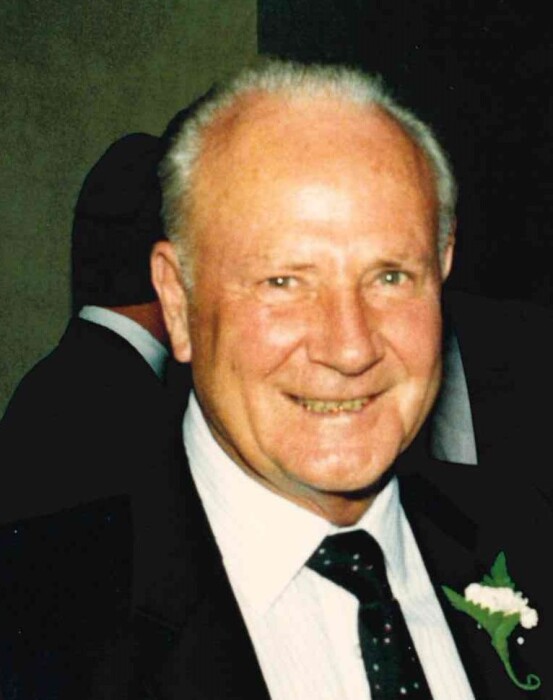 During World War II he worked at Pratt-Whitney where he met and married Ora Elizabeth “Betty” Oliver August 27, 1945.

He and Betty started “Rosner’s Place” in Wea in September of 1945.  It became a very popular gathering place for many families near and far.  In December 1957 Tom started a Farmers Insurance Agency in Paola, Kansas.  After two successful years in the agency, he sold it to his brother Bernard and became a sales department employee with Farmers.  Following several promotions, he was sent to Aurora, Illinois, as a Commercial Manager servicing and selling very large commercial accounts.  In 1975 he was promoted to a sales Manager’s position in Merced, California which led to his promotion as Vice-President and Regional Manager of the seven-state region officing in Colorado Springs.  During his tenure as regional manager his region won several prestigious awards.  He also served as President of the Colorado Guaranty Fund and member of the board of the Nebraska, New-Mexico, and Wyoming Guaranty Funds.  He retired in July 1989 and returned to his native Kansas where he and Betty lived out his retirement years.  He will be missed by those who loved him most, his three children, Tom Jr. and Vicki, Cheryl and George Caldarelli and Terry Rosner, grandchildren, Randy and Angela Caldarelli, Wyatt & Dacia Rosner, Dustin and Joli Rosner, Tom the 3rd and Diana Rosner, Scott and Kelly Rosner, April and Dominic Scatto and Nicholis Caldarelli (deceased).  Great grandchildren, Ryli, Silas, Tom 4th, Reese, Elijah, Malachi, Nathan, Lilly Kate, Dominic, Nicolina, Tyler, Preston, Serenity, Codie, and Poppy.

Tom loved and spearheaded family reunions for both Rosner’s and Kelly’s, he will be sorely missed by all.

To order memorial trees or send flowers to the family in memory of Thomas Rosner, Sr., please visit our flower store.

Queen of the Holy Rosary