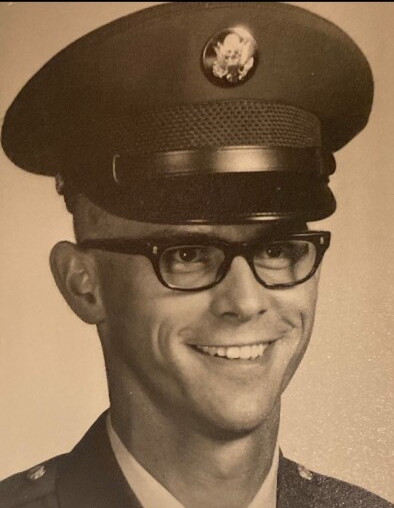 Thomas C. Bud Shields passed away on 9/11/2022.  Chris was born November 14, 1943, at Saint Luke’s Hospital.  He was a life long native of the Kansas City area, having lived in Jackson County, MO & Johnson County Kansas.  Chris served his country and had duty assignments in Fort. Carson, Colorado, Fort Polk, Louisiana, and Long Binh, Vietnam.  Bud was a Kansas National Guard member used as a replacement in the regular army during the Vietnam war in 1968/69.  Chris graduated from Shawnee Mission East Highschool and Baker University in 1966 with a Fine Arts Degree.  He aspired to be a college art teacher in his future.  Instead, he was able to weld artwork for over 50 years, participating in local art shows & doing commission pieces and galleries.

Chris married Carolyn Holthouse on February 17th, 1968 and began working at the Kansas City Times / Star newspaper in local retail advertising sales as an account executive.  He was promoted to Retail District Manager, Classified Display Manager for automotive and real estate advertising.  Finally, he stepped into a newly created position, as Divisional Sales Training Manager which became known as “Bud’s Boot Camp” and led well over 100 new and current sales executives in his time.  Chris spent 32 years at the Kansas Star newspaper before retiring at 55 years old.

Chris and Carol proudly welcomed a son to their family in May of 1971.  Chad became a graduate of KSU and has had a rewarding career with J&J Snack Foods Corp.  Chad now has a beautiful 16-year-old beautiful daughter, Natalie Shields.

To order memorial trees or send flowers to the family in memory of Thomas Shields, please visit our flower store.