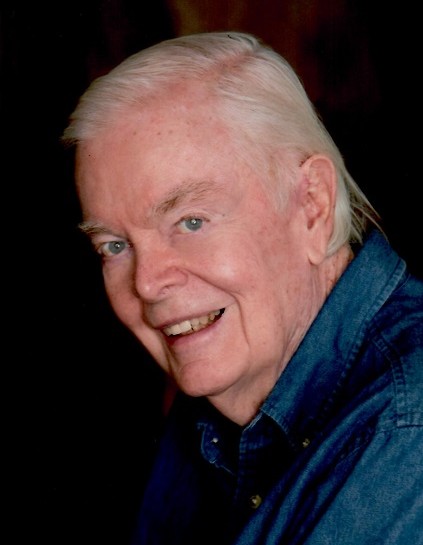 Thomas (Tom) Kilbride passed away on April 28, 2021 at the age of 93.  The family wishes to thank the employees of Sunrise of Overland Park and Ascend Hospice for the loving care they provided him.

Tom was born on March 23, 1928 in Los Angeles, CA.  At an early age, his family moved to Denver, CO. Ultimately the family relocated to Chicago, IL where Tom was raised.  He proudly served in the U S Navy from 1946 to 1947, stationed in Saipan (Northern Marianna Islands) and he attained the rank of Storekeeper Third Class.  After completing his Navy service, Tom returned to Chicago.

Tom was united in marriage to the love of his life, Esther O’Shoney, on September 2, 1950.  Using the G. I. Bill, he attended DePaul University graduating in 1951 with a Bachelor of Science Degree in Business Administration.  Yes, sports fans, that DePaul University during the time Ray Meyer Senior was coaching basketball.

After graduation, he accepted an intern position with The Housing and Home Finance Agency (HHFA).  In this position Tom specialized in community planning and urban renewal programs. HHFA later became part of the U. S. Government Housing and Urban Development (HUD) organization and Tom worked in their downtown Chicago, IL office.  By 1966, Tom was serving as the Assistant Regional Administrator for Urban Renewal Assistance, responsible for renewal and community planning programs in ten Midwest states.  Tom was no stranger to world famous O’Hare International Airport, nor was his family.

In 1970, Tom became the Director of Operations at the HUD Organization based in Kansas City MO.  Tom and his family moved to nearby Overland Park, KS.  In 1973, Tom was appointed Staff Director of the Kansas City Federal Regional Council.  In 1974 he received a HUD / Ford Foundation Fellowship to pursue higher education.  As a result of this unique opportunity, Tom received a Master’s Degree in Public Administration from the University of Southern California, Los Angeles.  Tom returned to the Kansas City area as the Manager of HUD’s Kansas City Area office.

A life longer learner and supporter of educational efforts, Tom served as an Adjunct Professor of Public Administration at Park University, Parkville, MO from 1976 to 1984.  During this time, Tom was the first Adjunct Professor to teach classes at the newly opened Hauptmann School of Public Affairs.  Tom served on the editorial board of The American Review of Public Administration which was published in cooperation with Park University.

After retiring from HUD in 1984, Tom became the Manager of Governmental Affairs for the Chamber of Commerce of Greater Kansas City.  He was an active member of the National Association of Housing and Redevelopment Officials (NAHRO) and the American Society of for Public Administration Services

Throughout his life, Tom was an adventurer, loving the travel experience.  He and his wife Esther looked forward to an annual vacation with their three children and covered a lot of the USA in a station wagon packed with a tent and sleeping bags.  Later in life, Tom was the beneficiary of Esther working as a travel agent (back in the day when no one could book airline reservations for themselves).  Tom & Esther enjoyed many overseas trips to exotic destinations in Europe, Australia, and China.  On at least three occasions, Esther organized tours/cruises for their neighbors, friends, and church members with Esther serving as the tour guide.  Tom was the unofficial back up tour guide and bartender.  His specialty was a gin martini on the rocks, 2 olives (washed) and a twist of lemon.

Once Tom & Esther retired, they volunteered at the Bloch Cancer Center telephone hotline providing information to newly diagnosed cancer patients.  As cancer survivors themselves, this was a cause dear to their hearts.  At this time, Tom wished to express his appreciation to Dick and Annette Bloch, founders of the Cancer hotline, for their inspiring leadership in cancer education / treatment.

While Tom & Esther considered themselves native ‘Chicagoans’ they loved raising their family in Overland Park, KS and chose to live here throughout their retirement.  They were long time members of Cure of Ars Catholic Church in Leawood, KS.  They were active member of the former Prairie Life Fitness Center in Overland Park, KS.  They enjoyed the company of wonderful neighbors and friends during their 50 plus years in Overland Park.  After leaving their home in Pinebrook Estates, they resided at Silvercrest at Deer Creek.  Tom later resided at Sunrise of Overland Park where he had the best garden views in the complex, giving him many hours of pleasure.

Tom is survived by his children:  Son Bruce Kilbride, daughter in law Lynn Krabbe, by his daughter Nancy Klement and son in law Randy Klement, by his daughter Adrienne Kilbride, and two wonderful grandchildren.  In addition, Tom is survived by his sister Marian Stone-Olson of The Villages, FL, by his sister-in-law Delores Arnold of Cary, NC, and numerous nieces and nephews of whom Tom was very fond.

Due to COVID 19 restrictions, no public visitation is scheduled.  Graveside service (Resurrection Cemetery in Lenexa, KS) is family only.  Condolences may be shared at www.johnsoncountychapel.com.

To order memorial trees or send flowers to the family in memory of Thomas "Tom" Kilbride, please visit our flower store.