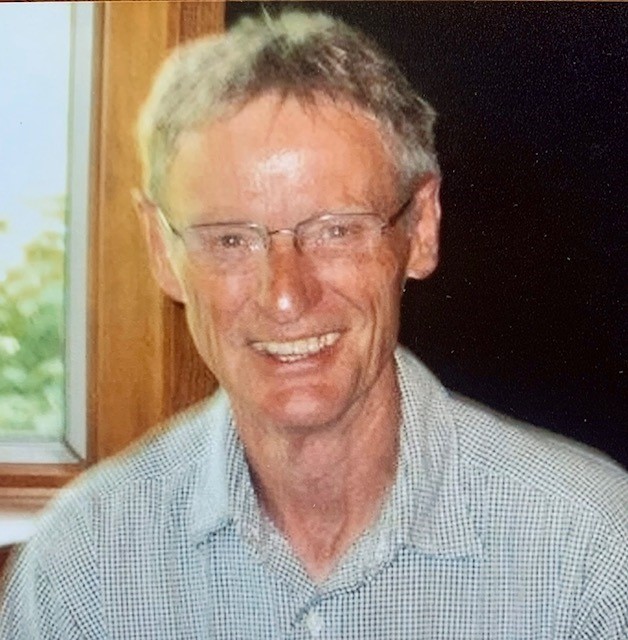 Timothy Joe Grauer of Marysville, Kansas went for his final hunt on this earth on September 21, 2021.  He always loved nature, so he fittingly crossed the divide on the first day of Fall, his favorite season.

Tim was born in Marysville on April 22, 1945 to Roberta and Alfred C. “Ted” Grauer.  He graduated Marysville High School in 1964.  Following high school, Tim joined the United States Marine Corps.  He married Marilyn Chapman, mother of his two daughters, who passed in 2016.  After separation from the Marine Corps, Tim worked for the Science Department at the University of Nebraska-Lincoln.  He and his family then returned to Marysville to farm with his dad.  Tim then worked as a locomotive engineer for the Union Pacific Railroad, retiring in 2007.

Tim loved the outdoors, including fishing, hunting and especially observing animals in the wild. In recent years he enjoyed trips to Montana, Wyoming and Idaho with his wife Jane.

He was also a very skilled woodworker, taking after his father, and often constructed walnut display cases to hold American flags for recently deceased fellow veterans.  He was very active in the Marysville American Legion, serving with the Honor Guard for many years and the Marysville Masonic Lodge.

Tim loved to cook for family, taking after his mother, especially Grauer family dishes.  He took great pride in his children and grandchildren and loved them with all his heart.

Tim was preceded in his passing by grandson Trevor; his brother Richard L. Grauer; nephew Richard J. Grauer; and his parents.

He loved to play practical jokes and his laugh was infectious.  He always pushed the boundaries and was stubborn to a fault.  Tim Grauer loved the limelight, but often could be incredibly humble.  His competition with his brother Ron lasted their entire lives; but he loved all his family and all his friends fiercely and honored each and every one.

These words of the great wildlife and outdoor artist, W. Herbert Dunton could have been spoken by Tim Grauer: “For back in the hills with a saddle horse and one to pack and with a hound or two, I’m quite content; with the trees and streams and the deer, elk and bear all about me.”

There will be a military honors ceremony at Marysville City Cemetery at 10:00, Saturday, October 2nd, followed by a Celebration of Life at the American Legion Post Home.  Masks are highly recommended.

A memorial fund has been established and will be designated later.  In care of: Jane Grauer, 1406 May St., Marysville, KS 66508.

To order memorial trees or send flowers to the family in memory of Timothy Grauer, please visit our flower store.