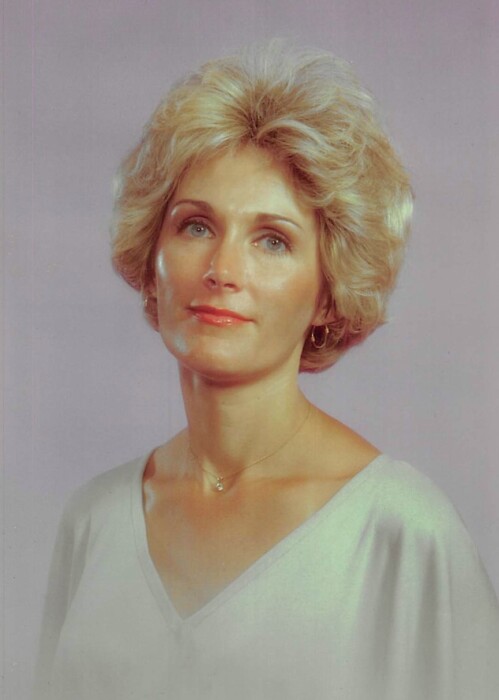 Services have been postponed until probably in the Fall.  Please check back at a later date.  Thank You - David Cooley

Virginia Lynn “Gigi” Cooley passed away peacefully at her daughter’s home on Sept 23, 2021 at age 81.

She was born in Shawnee, Oklahoma on July 2, 1940, the first daughter of Liebmann Gordon “Lieb" Langston and Laurie Helfer Langston. She attended Wichita East High School graduating in 1958. She studied fine arts and occupational therapy at the University of Kansas in Lawrence Kansas.

She married David A. Cooley on June 23, 1963 at St. James Episcopal Church in Wichita, Kansas.

Together they moved to St. Louis, Mo. where her husband was a sophomore at Washington University Medical School. She worked in St. Louis as a medical secretary. In July, 1966 they returned to Kansas City where Dr. Cooley was an intern at the Kansas City General Hospital.

In 1968, David was assigned to Fort Lee Military Hospital in St. Petersburg, Va. They lived in Bowling Green, Va. for 2 years, afterwards moving to Rochester, Minn. where Dr. Cooley completed a residency in internal medicine followed by a fellowship in rheumatology. While in Rochester, she was president of the fellow’s wives association. Gigi and Dave moved to Lincoln, Nebraska in 1973 which was home for the next 7 years. In 1980, they returned to their hometown of Kansas City, where they have resided ever since.

A full time mother and wife, Gigi also enjoyed staying active in a number of volunteer and philanthropic organizations, including the Kansas City, Mo. Junior League (historic preservation chairman), the Cornhusker Pony Club (secretary), and after relocating to Kansas City the Johnson County Medical Society Auxilliary (president), Sketch Box (president), the Mission Valley Pony Club, the Mid-America Combined Training Association and the Kansas City Dressage Society (president). She was the president of the committee which organized the first United States Dressage Championships which were held in Kansas City. She continued to be involved with daughter, Anne, and her horses.

She and her husband, David, lived in an historic home in Mission Hills, Kansas for 20 years which they joyously renovated. They were members of Indian Hills Country Club. In 2010 they downsized to their current townhome in Prairie Village. They had a second home in Pequot, Minn. where they spent many summer months each year.

She is survived by her sisters, Margaret Langston Litan, Miriam “Mimi” Langston Brown, and Betsy Langston Gwin of Wichita, Kansas.

She leaves 2 daughters, Sarah Lynn Blackman of Mission Hills, Kansas (husband Arthur), Anne Elizabeth Cooley, of Aspen, Colorado (husband Grant Sutherland), a granddaughter, Melinda “Lindy” Blackman, a grandson, Arthur Ellsworth “Worth” Blackman lll, and her husband of 58 years, David, of the home. Special thanks to her longtime caregiver, Toni Friend, and the nurses and staff at Brighton Gardens and Kindred Hospice without whom we could not have endured this long journey.

To order memorial trees or send flowers to the family in memory of Virginia Cooley, please visit our flower store.