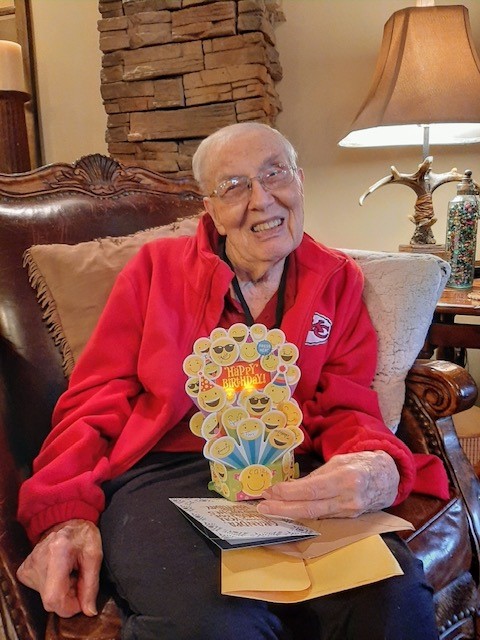 Wallace Wayne Rach, age 92 went to his Lord on August 27, 2021.  Wally was born on October 14, 1928 in Bartlettt, MN to Otto and Nora Rach. He graduated from  High School and went on to Business School.  He served in the Army during the Korean War.  He married Shirley Wagner on June 20, 1953 and moved to Minneapolis where he worked for the Canadian Pacific Railroad for many years.  He then took on a position at USDA and was relocated to Kansas City in 1975 where he took up residence in Overland Park, KS.  He retired in 1994.

After retiring Wally loved traveling with Shirley. One of their most memorable trips was to the Holy Land.  He spent the last five years enjoying a carefree life at Tallgrass Creek. If he wasn’t watching a Royals or Chiefs game he was working on a puzzle.  Family and friends will remember him as always having a smile on his face.

He was preceded in death by his wife Shirley and 1 grandson, Jason.

To order memorial trees or send flowers to the family in memory of Wallace Rach, please visit our flower store.