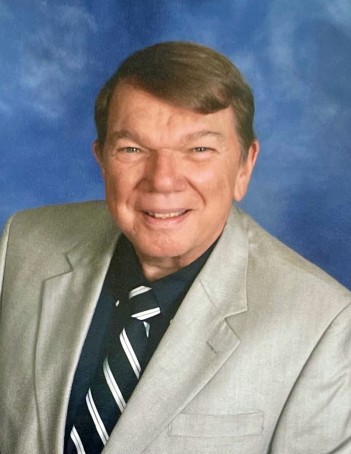 William “Bill” Alfred Bath, 70, passed away unexpectedly at his home in Overland Park, KS, on Tuesday, January 5, 2021. His sudden loss deeply saddens his family and friends.

Bill was born on July 17, 1950 to William Frederick Bath and Mabel Elizabeth Hall Bath, and spent the majority of his childhood in Hagaman, NY. From a young age, Bill had always been fascinated and drawn to two things: flying and the mechanics of how things work. These two concepts would span and shape his life.

As a child, Bill loved building and flying model airplanes with his brothers. He was always very involved and excelled in school, eventually attending Virginia Polytechnic Institute and State University and was enrolled in the Air Force Reserve Officer Training Corps (ROTC) program. He graduated in 1973 with a Bachelor of Science degree in Aerospace Engineering, and afterwards, received an officer’s commission in the United States Air Force where he repeatedly was ranked as the top fighter pilot in his squadron.

He married his college sweetheart, Barbara Ann Myers, on May 26, 1973, and enjoyed 47 loving years of marriage. Bill worked more than 30 years in safety engineering with Boeing as well as served as Lieutenant Colonel and Commander of the Civil Engineering Squadron in the Missouri Air National Guard before retiring in 2010.

Anyone who knew Bill knew how smart, driven and resourceful he was. He was a respected colleague and boss to many, as well as a devoted husband, father, grandfather and friend. Some of his most enjoyed hobbies included drag racing, attending classic car shows, and playing with a rambunctious grandson and many family pets.

in lieu of flowers, contributions in memory of Bill Bath can be made to the American Heart Association or the ASPCA. Due to the health risks of the current COVID-19 pandemic, no public service will be held, but plans for a memorial service and celebration of life will be shared with friends and family in the future.

To order memorial trees or send flowers to the family in memory of William Bath, please visit our flower store.