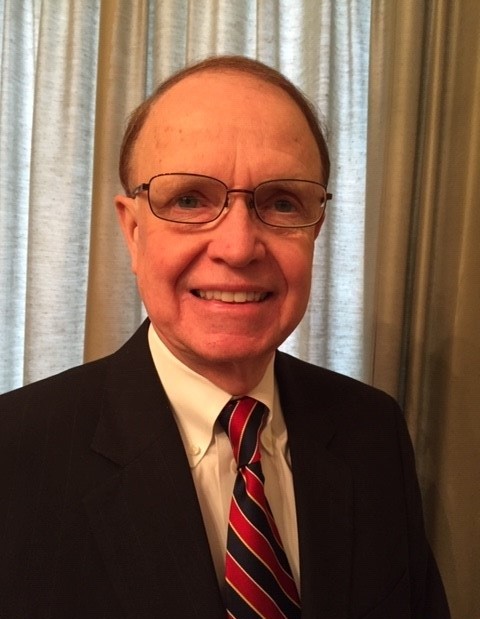 William Kenneth Goodwin, Overland Park, born Oct. 28th, 1948 in Danville, Il, passed from our world Tuesday, September 8, 2020 after a three-week illness, in the arms of his loving wife Cathie.  They were together almost 44 years ago, married on Sept. 25, 1976. Bill is also survived by his son Kary Mikel Goodwin, daughter-in-law Anne, grandchildren Chance, Addison, and Cameron Goodwin, sisters Cheryl Goodwin and Patsy Samaras.  He was pre-deceased by his parents Kenneth and Maxine Lindsay Goodwin, and a brother Rich (Terry). Bill graduated Hoopeston High School 1966, and Illinois State University 1970.

He moved north to the Chicago suburbs, teaching social studies, history, and civics, and was assistant principal for 4 years in Fox River Grove, Il.  Pursuing his lifelong love of cars, he started his automotive career selling Volvos in Barrington, Il., where he earned the National Top seller award in 1976.  He advanced to the auto corporate level with Porsche Audi of Chicago as a sales trainer, then Mercedes Benz Midwest Corporate Region/Chicago as Area Sales Mgr., moving to the Kansas City/St. Louis area, retiring after 25 years.  Bored with retirement, he joined BMW of North America as the aftermarket sales Mgr. for 6 years.  In retirement, he enjoyed golf at Brookridge C.C., collecting vintage cars, was a member of the MG Club of KC, the BMW club of KC, and the Kansas City Ball Club, as its treasurer for many years. He was currently serving as treasurer of the Nottingham Homeowner’s Assoc.  Deeply touched by the passing of a dear friend, he volunteered for the KC branch of the National Kidney Foundation, winning the Patrick and Virginia Cluney Award of Excellence in 2017.

With respect and concern for the health of our friends, the family is not having memorial services at this time.  A celebration of life might be planned for the future.  In lieu of flowers, the family suggests donations, in Bill Goodwin’s memory, to the local National Kidney Foundation, 6405 Metcalf Ave., Suite 204, Overland Park KS  66202 where he volunteered.

To order memorial trees or send flowers to the family in memory of William Goodwin, please visit our flower store.