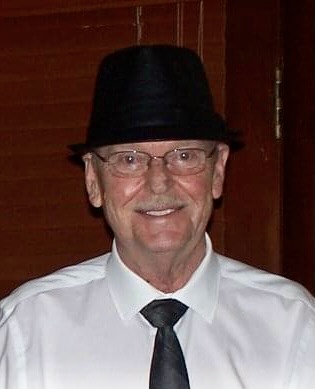 He was born on December 4, 1942 to his parents, William R. Pierce and Maxine L. Simmons (Pierce) Stanco in Jackson County, MO.  He graduated from Southwest High School in 1960.  He worked for the Frisco Railroad, Burlington Northern Railroad,  and then retiring from BNSF Railroad in 2003.   He then moved and resided in Las Vegas, NV for his remaining retirement years.

He is survived by Sarah E. Pierce, their daughter, Stacey R (Pierce) Kistner (Justin), her children, Jacob Clabough, Myranda Stawniczy (Anthony) , and her daughter, Kaedence May, plus two step-sons.

He is also survived by daughters, Sheila (Pierce) Graham and her children, Kaitlyn and Kyle Bradshaw and Ian Graham, and Sherri (Pierce) Christiansen and her children Tyler, Dylan and Rylie Lodes.  Along with additional extended family, Gail Sims and her children Jeff Sims (Jeanne) and Tonya Sims.

Bill had a love for food and watching all kinds of different sporting events from NASCAR, college basketball, college football, KC Royals baseball and most of all the KC Chiefs, who he has been a fan of since they first began.  He always had a good story to tell, was very witty and always loved to make you laugh!

At Bill's request, graveside services will be held at Johnson County Memorial Gardens located at 11200 Metcalf Ave, Overland Park, KS 66210, on Saturday May 1, 2021 at 1:00pm, where he will "Go Home" and be joined with his brother, in Niche 58, the same street they grew up on in Kansas City, MO.  Immediately following the services there will be a Celebration of Life at the Fontainebleau Clubhouse located at 12701 Grandview St, Overland Park, KS 66213, where food will be served until 5:00pm.

To order memorial trees or send flowers to the family in memory of William (Bill) Pierce, Jr., please visit our flower store.