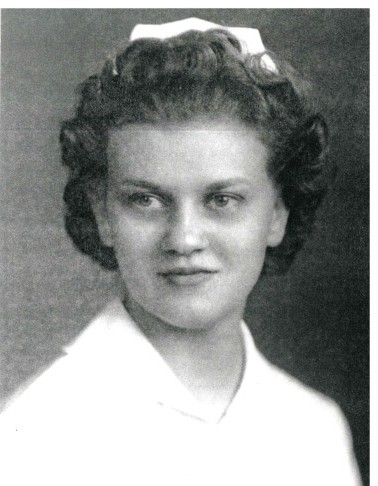 Wilma Dammann Kindred, born in Topeka, KS, on December 24, 1919, to Selma Duensing Dammann and William H. Dammann has left this life on November 30,2020. She joins her husband of 68 years, Charles Adams Kindred who preceded her in death.  Wilma's ollder brother Harold Dammann and younger brother Robert Dammann, also precede her in death.

Wilma  spent most of her life in Western Missouri.  She graduated from Southwest High School in Kansas City. She attended the University of Missouri - Kansas City,  but decided to move on to St. Luke's School of Nursing to obtain a degree in nursing.  She used her RN skills in various ways retiring from nursing while working in the nursing home industry.  She lived in Smithville, MO right after her marriage to Charles Adams Kindred on October 16, 1943.  They returned to Kansas City in 1947, moving to the Kansas side after her husbands retirement in the early 1970's. They eventually moved to Claridge Court in Prairie Village, KS as it first welcomed new residents. She and her husband made their home there for the balance of their lives.

Wilma has requested no funeral.  Donations to The American Cancer Society, St. Jude's Children's Hospital or the Salvation Army, in her honor would be appreciated.

A family gathering  to honor her life will be held at an appropriate  time to be determined.

To order memorial trees or send flowers to the family in memory of Wilma Kindred, please visit our flower store.