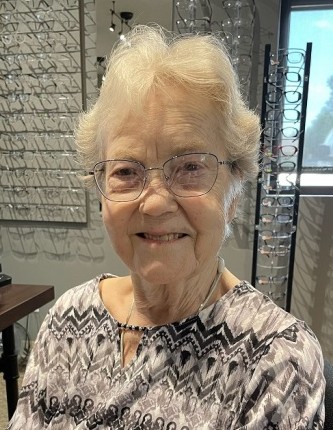 Yvonne Tickles, 80 of Kearney, died Friday, October 29, 2021, at Mother Hull Home in Kearney, Nebraska. Celebration of life services will be 10:00 a.m. Thursday, November 4, 2021 at Trinity Lutheran Church in Mission, KS. Burial will follow at Shawnee Mission Memory Gardens immediately following the service. Visitation will be 9-10 a.m. prior to the service at the church.

Yvonne Sylvia Rice was born June 9, 1941, in the family home in McCook, Nebraska to Verlyn and Dora (Alberts) Rice. She was baptized as an infant and later confirmed at Peace Lutheran Church in McCook, Nebraska. She grew up and attended school in McCook graduating from McCook High School in 1959. She attended McCook Junior College for one year before moving to Kansas City for additional schooling. She worked at Gill’s Studios as a commercial artist for 35 years retiring at the age of 55.

On June 26, 1982 she married Joe Billy Tickles in Mission, KS. She was thrilled with the new family that she gained with Joe’s three children and the blessings of their growing family. Her and Joe enjoyed their time at their lake home at the Lake of the Ozarks with family and friends. They enjoyed traveling until his death in 2002. After 60 years in the Kansas City area, she relocated to Kearney, Nebraska in July, 2021 to be closer to her sister.

Yvonne was very active at Trinity Lutheran Church where she ministered as a Stephen Minister, was active with the youth group, participated in the 55+ group along with various other church groups. She enjoyed journaling her days, collecting angels, quilting and spending time with her family and friends.

Yvonne was preceded in death by her parents, Verlyn and Dora; husband, Joe Tickles; stepchildren, Kathy Bard and Brian Tickles; and various brothers-in-law and sisters-in-law.

Memorials are suggested in her name to the family for later designation. Condolences may be shared online at www.osrfh.com.  Arrangements are entrusted to O’Brien Straatmann Redinger Funeral and Cremation Services.

To order memorial trees or send flowers to the family in memory of Yvonne Tickles, please visit our flower store.